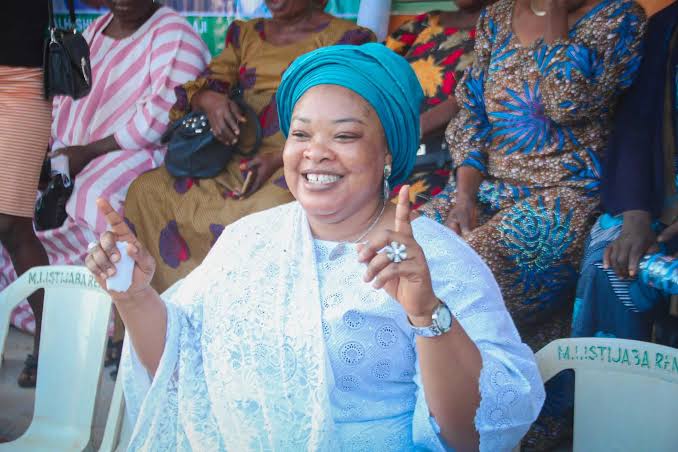 Omodara urged Kwarans to vote against Gov. AbdulRazaq earlier today, at the sideline of her attendance of People’s Democratic Party (PDP) ward meeting at Oko-Erin ward of Ilorin west local government, where she said she is ‘back home’.

You may recall that Omodara was one of those local government Chairmen indicted of financial misappropriation by Kwara state House of Assembly’s report, which was swept under the carpet, after the sixteen Chairmen were allegedly coerced to join the All Progressives Congress (APC) under the leadership of Gov. Abdulrazaq.

The Chairmen, who tagged themselves ‘AbdulRahman AbdulRazaq (AA) Direct’ after their controversial defection has since been  noticed to have been forgive of their sins, since they resigned their membership of the opposition.

While some of the indicted ex-LG Chairmen declared their support for the Governor’s reelection earlier today, Fresh Insight gathered that Omodara and others, including former Chairman of Irepodun local government has returned to the People’s Democratic Party (PDP), where they originally belonged, while some others are simply playing ‘hide and seek’.