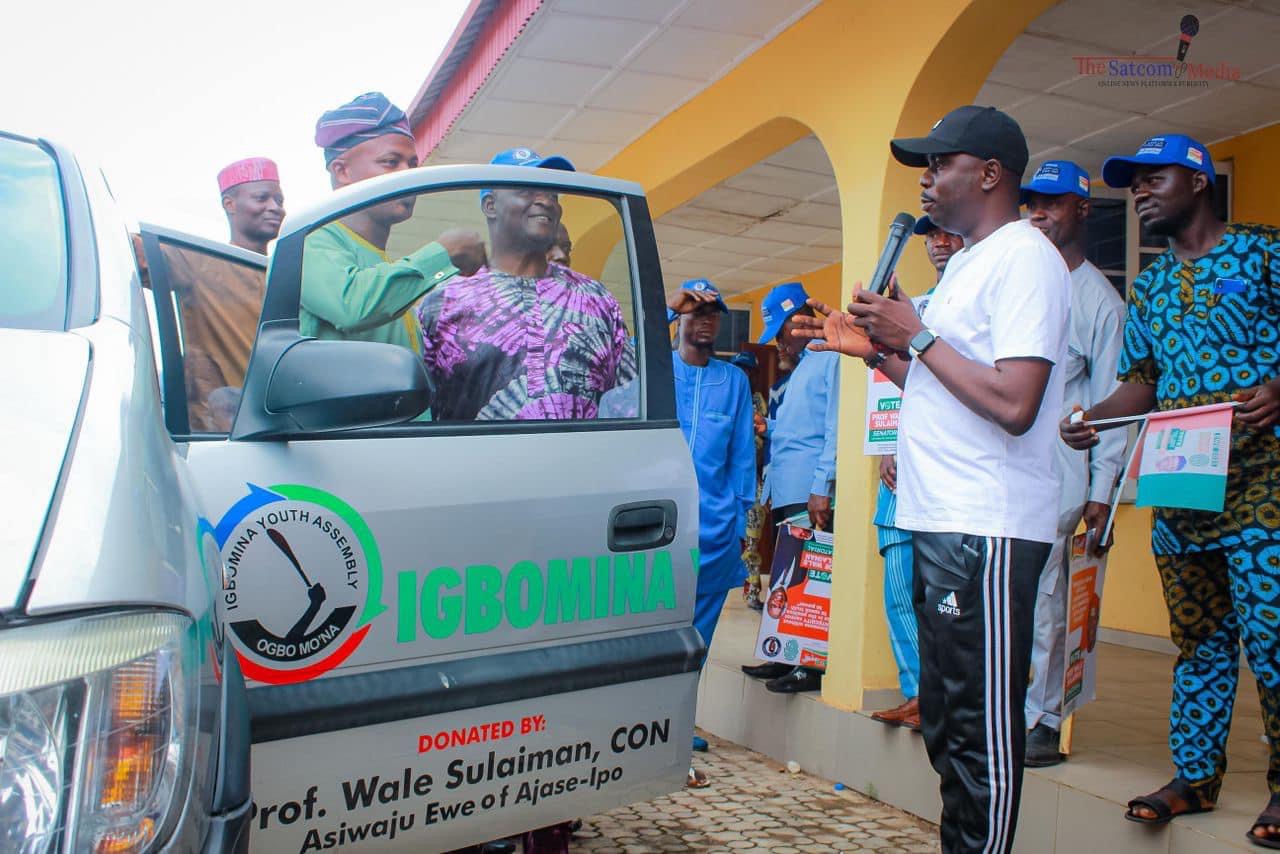 By Abdulrasheed Akogun
The Igbomina Youth Assembly, a leading socio-cultural youth group in Igbomina land of Kwara State with three-fold core value of Youth Mobilization, Community Development and Social Services; has commended Professor Wale Suleiman for extending his philanthropic gesture to the assembly yet again through the donation of an official car to the Assembly.
The President, Engr. Jimoh Abdulrasheed Temitope while appreciating the donorduring the official presentation of a six seater Opel Safira car by donor who also doubles as the Kwara South, Social Democratic Party (SDP) Senatorial Candidate for 2023 elections said “The Assembly is full of appreciation to the donor for his unflinching support to the assembly in all capacities. He noted that the vehicle will ease the mobility of members in all ramifications, most especially its members in charge of the ongoing Community Needs Assessments and review exercise and other core value focus engagements. 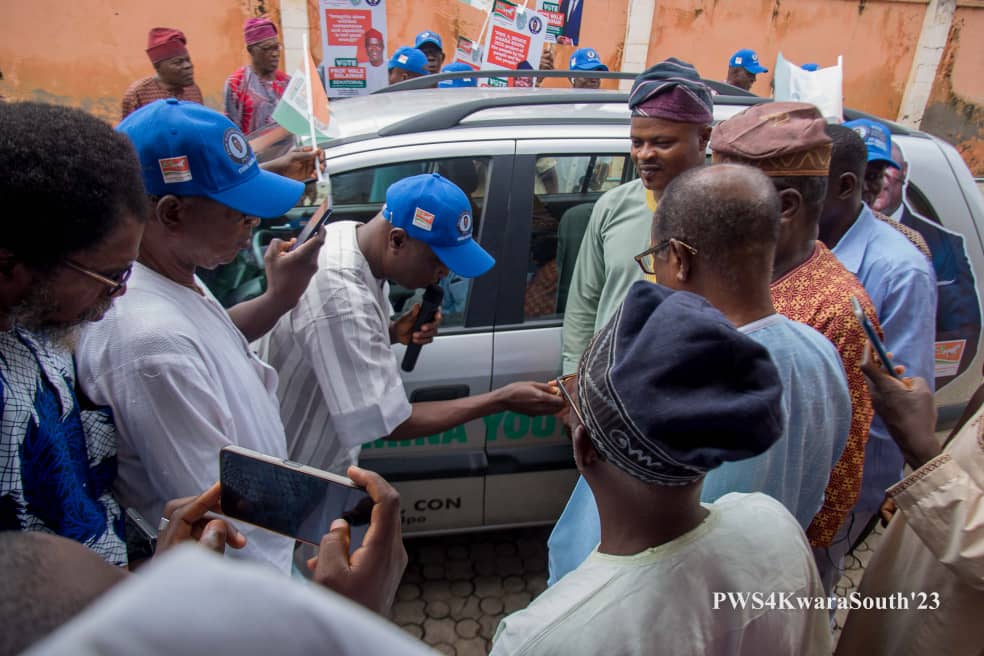 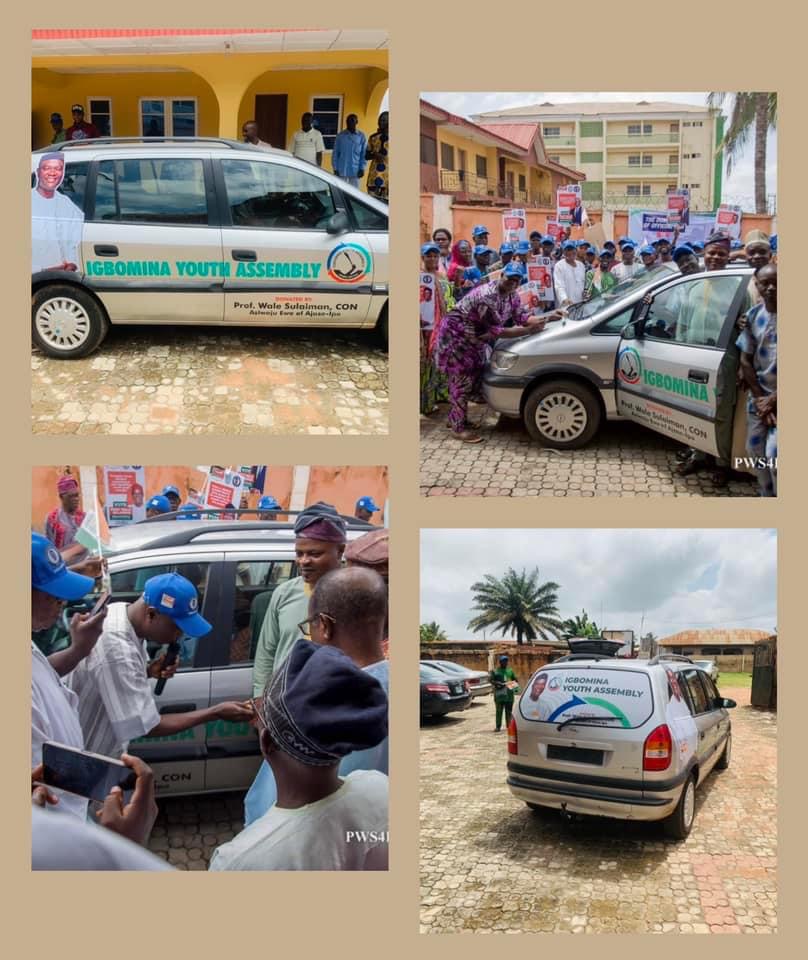 “On behalf of the entire members of Igbomina Youth Assemby both home and in diaspora, I sincerely appreciate Professor Wale Sulaiman for this laudable gesture. It is our fervent prayer that God will reward you abundantly and bestow on you the required grace, will and wherewithal to continue the good work geared towards the growth and development of Igbomina land in its entirety… Aamiin.” said the President.
He also charged other well meaning sons and daughters of Igbomina land not to relent in their efforts towards the growth and development of the Igbomina land in whatever capacity they deem fit.
Speaking earlier, Prof. Wale Suleiman who was represented by Director General, Asiwaju Ewe movement Hon. Fatai Akorede said
“I urge all other youth socio-cultural groups in Kwara South to emulate the commitment and dedication to service of IYA through its formidable leadership.
“Community development requires a tripartite approach from the government, NGOs, and the people. He calls for strategic partnership among all Kwara South socio-cultural groups for the development of the senatorial district” he added