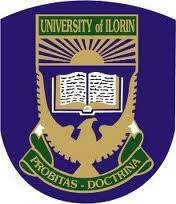 Chairman,Ilorin Emirate Staff Association of University of ilorin,Professor Suleiman Folorunsho Ambali has cautioned agitators against the newly appointed Vice-Chancellor Designate, Prof Wahab Egbewole, that no one should seek to control a University because its located in your domain.

Professor Ambali who was also one of the aspirants spoke with journalists weekend on the sideline of protests,from Ilorin over the appointment of the VC-Designate .

According to him,” First of all, I want our people to know that when you talk about the University, we are talking about Universal. So for the mere fact that the University is sited in your community, it does not mean that you will be heading such University.

” You can bring anyone from South Africa. We have Nigerians who are  Vice Chancellors in South Africa Universities, in UK, in USA, so you want the best for the system.

“You know system nowadays when you get something cornered to your localities, you always like to monopolise it for your communities and Universities  are not like that.

“University  is not like that and we need to embark on enlightenment for our people that in the university, you look for the best to drive the vision and mission of the university.”

Professor Ambali added that,”People in the town may not be satisfied because they don’t know the process and so there may be wide allegations and that is the area as a journalist you need to educate and enlightenment about the process because the process was credible.

He stressed that, “We just need to explain to our people that we have Ilorin indigenes that are also vice chancellors in some parts of the country. For example, Prof Abdulrasheed Na’Allah is the current Vice Chancellor of University of Abuja now and an indigene of Ilorin and Abuja has their own indigenous people  and so that is how University is run.
University of Ilorin has done well in accommodating people since its inception.”

He noted that,”There was an advertisement, people responded to the advertisement, I was told 29 of the contestants, 13 shortlisted for the interview, out of these 13, seven were Ilorin indigenes and we had an interview.

Continuing, the University Don said,”The problem is this, the people will say Ilorin have seven contestants for this position and they expected one of them to emerge but things are not done that way.

“Provided you want the best for that system, you want to pick the best and we need to enlighten them further and let them know the process.

“There is a process that is enshrined in the university system and this appointment has just followed the process.”He said.