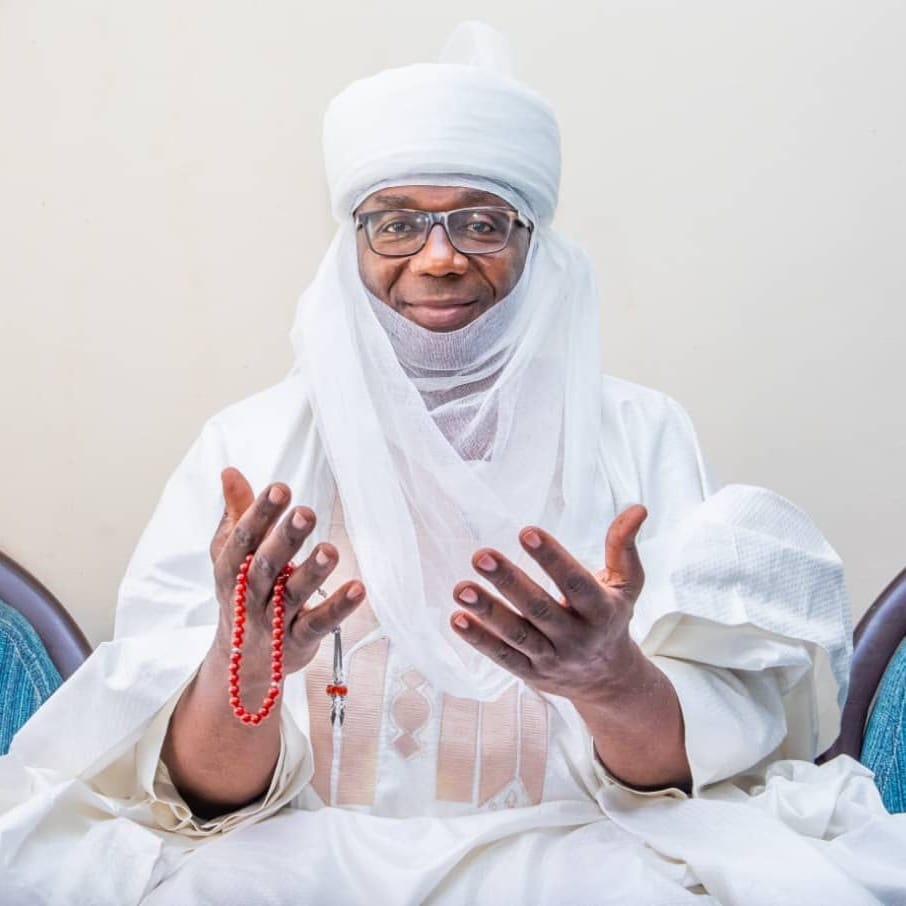 The crisis rocking the ruling Kwara All Progressives Congress (APC) took a new dimension today as the party announced the suspension of 2 high ranking appointees of the Governor both from Igbaja ward 1, Ifelodun local government area of Kwara State.

It would be recalled the Igbaja ward 1 chairman, Alhaji Isiaka Diko had recently resigned from the party and joined the opposition Social Democratic Party (SDP) citing highandedness of the appointees and the insensitivity of the party leadership at the State level to the plight of members and the people.

However, according to multiple sources who spoke with Fresh Insight on the crisis rocking the party, they described Kayode Oyin-Zubair as “Merchant of impunity, always imposing his parochial and selfish wishes on the entire ward.

“He’s been cornering all benefits accruing to the ward from the party at the State level and the Governor. He’s been using his closeness to the Governor, contacts influence in ilorin towards ensuring we at the wards are deprived of our benefits.

“The Kwarapreneur money shared across party faithfuls on ward basis didn’t get to us in Igbaja ward 1, same goes for the COVID 19 palliative, Owo Isowo and several others.

“We only read them on the pages of social media, both appointees will just sit in Ilorin and corner everything, without consulting the executives and party members back home.

“While others especially in Ilorin who got SUBEB school renovation contract, went back to the wards to empower party members, our own appointees are only building houses and buying cars in ilorin” he alleged

However, according to a petition signed by the party’s acting-Chairman Raimi Arije titled “High Handedness In The Running Of Party Affair In Igbaja Ward (1)” dated September 12th and addressed to the State Chairman, Chief Sunday Fagbemi reads “It has been brought to our notice that our amiable Governor, Mallam AbdulRahman AbdulRazaq in his usual practice and magnanimity has again requested that the list of Elders, Polling Units Executives and District Area Officers be compiled and submitted to the Party Secretariat ahead of the 2023 general election. 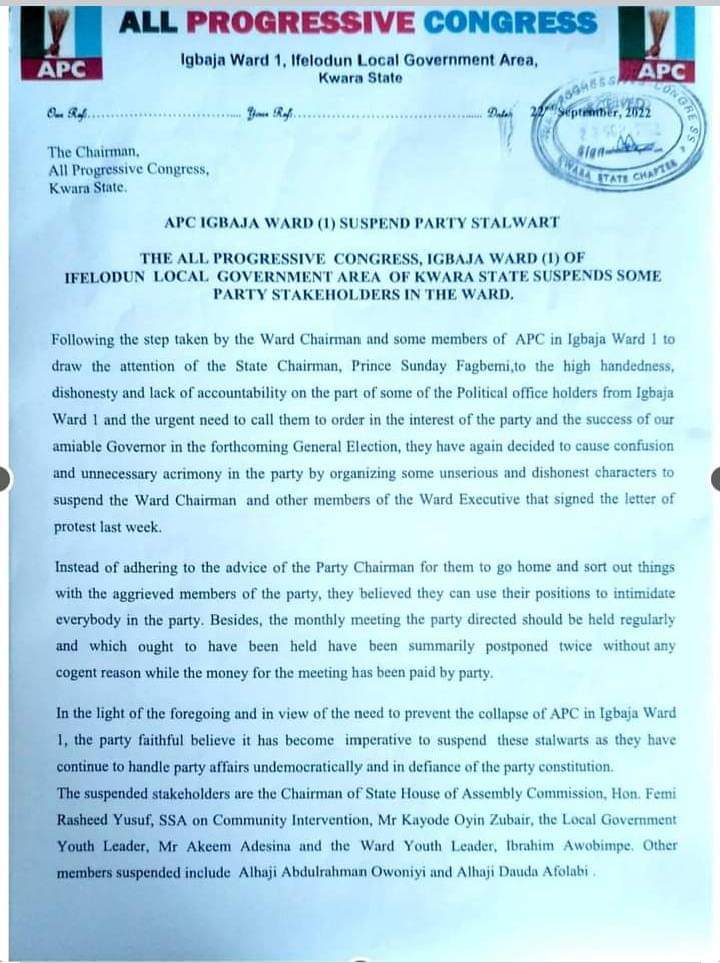 “Unfortunately and to our utter dismay, some of the disgruntled elements that called themselves “Political Appointees” from Igbaja Ward (1) conspired with the Ifelodun Local Government APC Chairman, Alh. Lateef Kadri and submitted the list of some persons that are alien and unknown to the members of our party. I as the Ward Chairman of the party in Igbaja Ward (1), if I do not know what is happening in the party, how do I organise our members for a successful election against 2023 for our amiable Governor!

“It may interest you to know sir, if our Political appointees continue this way, APC success in the next general election will not only be a mirage but disastrous. In this regard, the political appointees must not only be accountable but must also follow the lawful and democratic ethos of the party in the running of the party affairs. This same thing happened during the last primary elections of the party which led to the chaos we are all battling to resolve now.

“In view of the above, we implore you sir, to use your good office to disregard the purported list submitted to you by this group, so as to allow us make necessary consultation among our members with the aim of selecting competent and loyal members of the party.
Most Grateful Sir” it added.

Relying on the petition, a peace meeting between the warring factions was allegedly summoned by the party State Chairman and

Upon refusal of the duo to change after the peace meeting, the party this morning via a letter obtained by the medium suspended 7 of its high ranking members, citing anti-party activities.

The letter reads “Following the step taken by the ward Chairman to draw attention of the State Chairman Prince Sunday Fagbemi to the highandedness, dishonesty and lack of accountability on the part of some of the political office holders from Igbaja ward 1 and the need to call them to order.

“…In view to prevent the collapse of APC in Igbaja ward 1, it has become imperative to suspend these stalwarts as they have continued to handle party affairs u democratically and in defiance of the party’s constitution.

When contacted for his reaction via the phone, the embattled SSA Community Intervention said “I have nothing to say about the suspension”

In the same vein Hon. Femi Yusuf while reacting to the suspension said “It’s the figment of the imagination of some disgruntled elements, they lack the power whatsoever to have done what they’re trying to do. The appropriate organ of the party will respond accordingly.

“As for me, I have no issues with anybody, even those that are claiming to have suspended me when they have no such powers, I don’t begrudge them” he added.