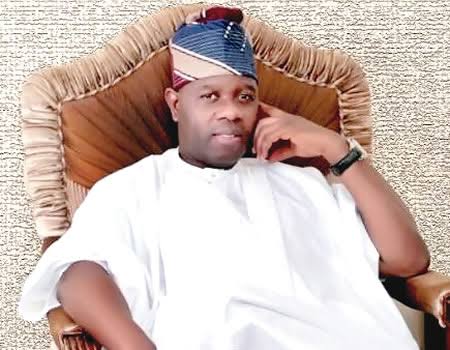 The Kwara state chapter of the People’s Democratic Party has unveiled Hon. Peter Gbenga Makanjuola, a former two-term Member of the Federal House of Representatives and aide to former Senate President, Bukola Saraki as its Deputy Governorship candidate.

Makanjuola who was also the running mate to Rasaq Atunwa in 2019 would be running with Alh. Abdullahi Shuaib Yaman who emerged at the PDP primaries, against Hon. Ahman Patigi and Prof. Yisa Gana, come 2023.

The EFCC announced plans to re-arraign Makanjuola, the Chief of Staff to Senate President Bukola Saraki, and four others, on allegations of N3.5 billion fraud.

“Makanjuola, alongside Kolawole Shittu, Cashier to Senate; Robert Chidozie Mbonu, who is at large; Melrose General Services Limited, and a member of its staff, Oboira Amobi would be arraigned before Justice Baba Kuewumi at the Federal High Court In Ikoyi, Lagos, on Wednesday.”

The EFCC said they would be arraigned on a 13-count charge bothering on financial fraud.

They are accused of transferring N3.5 billion from the Governors’ Forum account through Melrose General Services limited.

The sum, according to reports was sourced from the Presidency and at different times withdrawn by the aides and also some business concerns where Saraki is believed to have interests.

Reprieve however came the way of three aides of former Senate President, Dr. Bukola Saraki, as a Federal High Court in Lagos held that it lacked jurisdiction to hear the 11-count charge filed against them over alleged N3.5billion Paris loan scam.

Striking out the charge filed against them by the Economic and Financial Crimes Commission (EFCC), Justice Akintayo Aluko held that the second amended charge filed by the EFCC was initiated in breach of the mandatory provision of Section 45 of the Federal High Court Act.