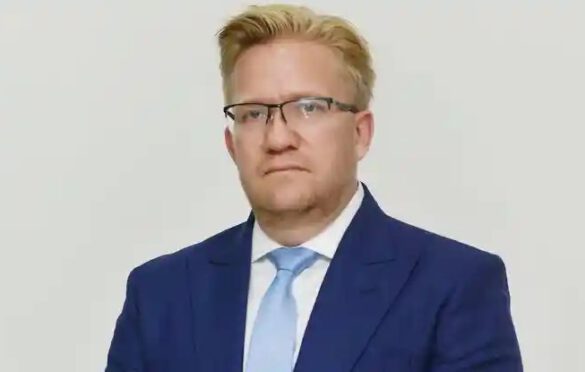 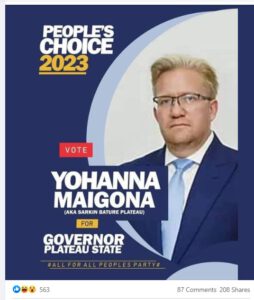 Screenshot of the Poster

A Facebook user Emeka Gift Official posted a poster  of  a man seeking to become the governor of Plateau state North Central Nigeria with a caption that reads: “2023: Dutch Nigerian Declares Interest to Run for Plateau State Governorship.

“His real name is Wiebe Boer, he’s a Dutchman. Yohanna Maigona is his Hausa name. He was born in Jos and finished his secondary school in the city. He reportedly began speaking Hausa Language even before English.”

The poster was also published by some other Facebook users Tolu Meduna and Gossip Master with similar captions. 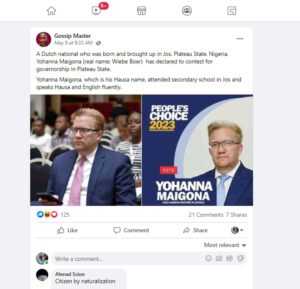 It was also posted on Twitter by a user with the handle@Fattylincornn.