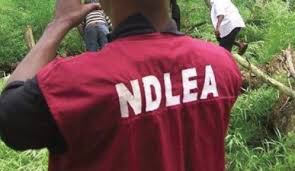 No fewer than 3 people have been feared killed in the clash between Students of the Kwara State Polytechnic, Ilorin, men of the tactical squad of the Nigerian Police Force and Officials of the Nigerian Drug Law Enforcement Agency (NDLEA) Fresh Insight has gathered.

Narrating the incident to Fresh Insight, a student simply identified as Majeed, said “The men of the NDLEA, Nigerian Police Force and EFCC are found of storming student populated areas in gestapo manner to harass and extort Students.

” The same incident repeated itself last night, wherein a combined team of the NDLEA and Police came into Ara (a student populated community inside Kwara Poly).

“The students having gotten tired of the incessant harassments, rose up and resisted the latest attempt, it led to a free for all, in the ensuing melee, a student was shot and he gave up the ghost in the wee hours of today.

“The students and villagers staged a protest this morning, burning tyres and police drafted to contain the situation, sadly 2 of the protesters were shot and upon rumour filtering in that they’ve aldo died, it further escalated the already tense situation” he added.

Reacting to the development in separate press releases, the Kwara State Polytechnic management and the Kwara State Command of the Nigerian Police Force confirmed the incident.

The police image maker SP Ajayi Okasanmi said “Kwara State Police Command wishes to allay the fears agitating the minds of the general public, especially residents around Kwara State Polytechnic area, that the pandemonium experienced today within the area arose as a result of the attack unleashed on a team of Police detectives from the Special Tactical Squad (STS) FIB, Abuja, who came on the trail of some cultists in the area.

“Recall that, cultists attacked and killed a student of Kwara State University, Malete yesterday 28/1/2022, Four of the cultists were arrested and dangerous weapons were recoverd from the suspects. Information available to the STS team indicated that some of the cultists were hiding at Lajolo area of Kwara Polytechnic Ilorin, where similar attack was unleashed on one student named Idris Aderemi by same cultists at about 0600hrs today 29/1/22, in the same area.

“This prompted the visit to the area by the STS team. Surprisingly, the cultists who were already in ambush, attacked the police team damaging the police Hummer bus and inflicting a gunshot injury on the head of one police Sergeant, Adebayo Abdulahi attached to the STS team. In the ensuing inbroglio, students in their numbers came out to block the road and prevented free flow of traffic and burning tyres on the road.
The Commissioner of Police Kwara State, CP Tuesday Assayomo psc (+) immediately dispatched teams of Policemen to the area to restore peace.

“However, two cultists, one Ahmed ‘m’ surname unknown and one Musibau ‘m’ A.K.A Shaban was arrested with one fabricated English pistol with 3 live ammunition, 2 live cartridges and one pistol magazine.
The injured policeman and the suspects have been taken to the hospital for treatment” he added.

In the same vein, Kwara Poly’s management through its spokesman Abdulkadir Yunus said “Attention of Kwara State Polytechnic authority has been drawn to the misinformation making round in some quarters that the Polytechnic Campus is under siege by students protest.

” It is pertinent to clear the air that the Polytechnic Students are law abiding citizens and will not indulge in any illegal activity that will disrupt their academic careers.

“Meanwhile,the incident that occurred at Lajolo community early this morning was between the Police and Lajolo community and has nothing to do with the Polytechnic Students or the Campus, as first semester CBT examinations are going on right now in the Campus without any disturbance.

“However, the management of the Polytechnic has magnanimously accepted the plea of the students who could not make it to the campus before the blockage at Oyun, to rescheduling their examinations on another date to be communicated to them via their heads of the department” he stressed