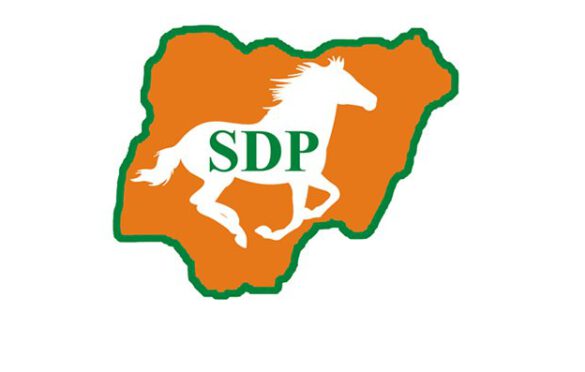 In a statement by the Party’s state Assistant Publicity Secretary, Kareem Akanbi, “This year’s Democracy Day celebration is significantly unique as it marks a new beginning of political era in our dear State.

“As a political party built on principles and ideals of social justice, which are the hallmark of democracy, we are committed to fronting the struggle that will give every Kwaran a voice in governance and representation, that we can all really feel the breeze of true Democracy.”

“While appreciating the enthusiasm with which Kwarans have so far embraced the SDP, we encourage them not to waiver and remain unshaken in the resolve to install a government of yours through the legitimate process bestowed on us by democracy, come 2023”, the statement added.

Kareem noted that “The June 12 brings back memories that reiterates Nigerian’s strong will to remain a liberal and free nation where Citizens can decide without cohesion who their leaders will be.”

“It is in this spirit that we beseech Kwarans not to allow politicians, especially those of opposition parties whose internal democracy were dictated by reign of Dollars, to swindled them by monetizing their democratic franchise.

We must remain steadfast and ensure we banish corruption, disregard for rule of law, political rascality and abuse of political office/power from our land.”

“While paying great respects to our fallen heroes who gave their lives for the actualisation of the freedom we celebrate today and to many who sacrifice daily to sustain the sustenance of our Democracy, we encourage all Nigerians to imbibe sense of sacrifice and nationhood in our private and public lives.”

“It is our party’s deepest prayer, that as we work to fix Kwara again by the election of intentional and decisive leaders next year, our state and all its people will experience the much-needed prosperity and peace that Kwarans have been clamoring.”