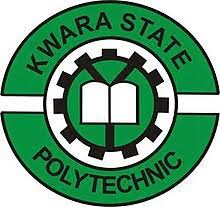 The Kwara state chapter of the apex students’ body in Nigeria, National Association of Nigerian Students has called on the Gov. AbdulRahman AbdulRazaq  led Kwara State Government ably to subsidize Kwara state Polytechnic hostel accommodation fees as a way of easing the financial burden on parents

in a statement jointly signed by the Association’s Chairman Comr. Saleeman Yusuf Issah AAT, ACA and Publicity Secretary Yusuf Mutiu Olaitan, NANS appreciated the Polytechnic’s management for honoring its intervention and consequently reduced the price of the hostel for an individual from the initial #40,000 to #35,000 and also the State Government for making the hostel acquisitions optional against the earlier compulsion.

NANS however said “It’s now ultimately important to tell the Government that while the reduction to #35,000 by the management of the Polytechnic deserves an applause, the fee is still a bit on the high side for parents, considering the level of economic hardship in the country.”

“The analysis privy to by NANS has established the huge investment by the management of the polytechnic in a bid to resuscitate the hostels which had been completely jettisoned for quite a while. Further analysis and the expected expenditure to be incurred by the management for the smooth and effective running of the hostels has however put the polytechnic management in a tight corner for further reduction as requested by NANS.”

“The hostel accommodation has three thousand (3000) bed spaces, a further reduction of five thousand will cost the polytechnic 15million naira and a reduction of Ten thousand will amount to 30million naira, a fee earmarked for the payment of Salary for the engaged Portal, cleaner and Gardner for the maintenance of the hostels. Hence, the call for government intervention through subsidy. We believed the government can reimbursed the management the deficiency that will come as a result of the reduction.”

“As a responsive students representatives in Kwara, After a series of consultations with the stakeholders and an on-spot assessment of the said Hostels, NANS wishes to seek the intervention of the Kwara State Government, led by our amiable Father, who has since his inception in office been helping students across various levels in Kwara State, to once again stretch his magnanimous hands to students of Kwara State Polytechnic by subsidizing the price of the hostels for students, and further reduce the price of the hostel from #35,000 to #25/30,000 for student affordability and lessen the parent’s burden”, the statement added.