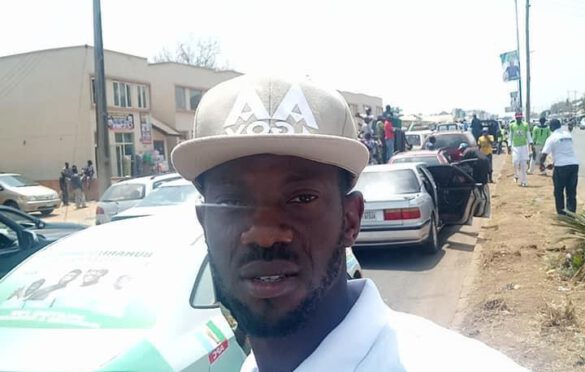 The recent happenings in the Kwara Political terrain is struggling to make a prophet out of the Nobel laureate Santiago Ramon Cajal, a Spanish neuroscientist, pathologist, and histologist.

When he said “What a cruel irony of fate, to pair together like Siamese twins, united by the shoulders and scientific adversaries of such contrasting character” he probably had Olusegun Olusola (Sholyment), Kayode Ogunlowo and Babatunde Saka in mind.

While Kayode Ogunlowo and Babatunde Saka are of the ruling All Progressives Congress (APC), Olusegun Olusola (Sholyment) is of the leading opposition Peoples Democratic Party (PDP).

Sholyment on the other hand was standing like a wall of Gibraltar always attacking the otoge forces, at times getting low on social media, all in the aim of defending Dr. Bukola Saraki and members of the political family, whom ironically he serially debased just a couple of years back.

When Kayode Ogunlowo and Babatunde Saka were jumping from one social media platform to the other campaigning for the candidacy of the then opposition Gubernatorial candidate, Alh. Abdulrahman Abdulrazaq who would later go on to win the 2019 polls, little did they know fate was lurking around to teach them a lifelong lesson.

According to Deepak Chopra the Indian-American Author in his book ‘A story of Revelation’ he said “Fate is not cruel, however. It seems merciless only when you allow it to catch you, like a shepherd who refuses to run from a wolf and winds up between its jaws”.

Sholyment and Kayode Ogunlowo who were arguably the fiercest sparring partners the Kwara cyber space have played host to in recent years, are now faced with intertwined fate, which has not only taken away their liberty, their access to their beloved cyber media space, but also forced them to cohabit in the same roof, share comradere greetings and align in struggle for a common goal.

Although, Chopral posited that fate isn’t cruel, he further elucidated that fate is a collective result of manmade actions and inactions either overtly or covertly.

More importantly, for Kayode Ogunlowo who was one of the new media pathfinders and amplifiers most probably for political gains, of the despotic and barbaric Offa robbery which led to scores of lives being lost and eventually linked to Dr. Bukola Saraki owing to the arrest of some of his alleged supporters prominent amongst whom are Ayo Akinnibosun etal.

Ogunlowo who defended the media trial of the suspects, gloated over the link of Dr. Bukola Saraki, who then was the proverbial Pharaoh holding Kwarans back from leaving Egypt, is now forced by fate to cohabit with the same suspects who’re still undergoing trial.

The French proverb “You often meet your fate on the road you take to avoid it” aptly captures how Ogunlowo will be feeling now.

Fate has given him a perfect opportunity to reconcile with Sholyment, have the opportunity of tasting ‘State conspiratorial power’ and sharing a roof with Akinnibosun and several others to hear their own side of the story.

The trio must have read and digested
Judith Lewis better known by her pen name Cassandra Clare’ City of Ashes, especially where she said “Fate is never fair, You’re caught in a current much stronger than you are; struggle against it and you’ll drown not only yourself, but those who try to save you. Swim with it and you’ll survive”.

When yours sincerely visited the Oke-Kura minimum prison Ilorin to solidarise with the comrades yesterday (Tuesday) nostalgic feelings of my 2020 birthday came rushing back.

Even though the prison built during the colonial era, was conceived to not accommodate more than 200 inmates at a time, it has more 500 inmates, almost 160% above the expected capacity.

Sadly, almost 400 of the inmates are awaiting trial, which brings to the fore once again the administration of justice in the Country which is not only slow, but tedious.

With the temporary incarceration of politically active 3, whose only reason for being remanded is being ‘political’, therefore all politicians regardless of divides should take a cue, advocate for prison reforms if not in the interest of world best practices, at least in the Interest of fate which always lurk around.

While the legal team of the trio are doing all possible to secure their release on bail and thus giving a strong reassurance that they’ll walk free in a couple of days and be reunited with family and friends, same cannot be said of several others who’ll be at the correctional centre for months and years to come.

_Abdulrasheed Akogun is an Ilorin based media Practitioner, he was the Director of Media and Publicity of the Abdulrahman Abdulrazaq Gubernatorial Campaign Organization