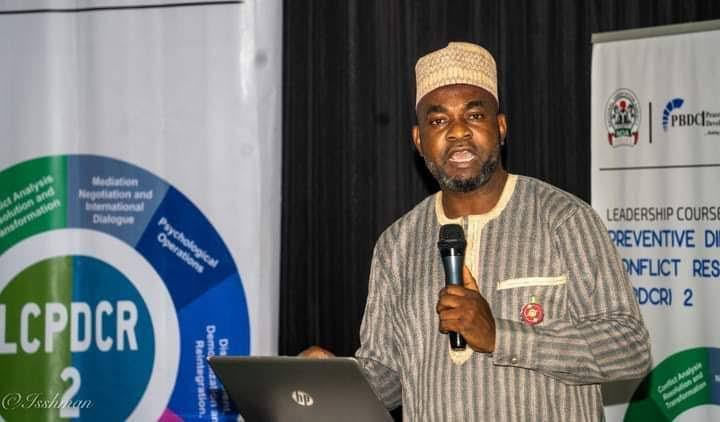 It was around 12:57 a.m, today, Wednesday February 24, 2021, when I received the good news that a unique UNILORITE and illustrious son of Iwo, Prof. Adedimeji Mahfouz Adebola had emerged the Pioneer Vice-Chancellor of the newly established Ahman Pategi University, Patigi, Kwara State.

Everyone who knows Prof. Mahfouz knows him for the commitment, diligence and excellence he would always bring into whatever he does. Consequently, when the delightful news item surfaced, my first impulse was to congratulate the university on its fortune of having such a prolific and prodigious professor at the helms of its affairs, with — his attitude of excellence— every promise of taking the institution to its altitude.

Significantly, there are a number of traits of character which appear to define Adedimeji Adebola. Anyone who has had any dealings with him will be awed and captivated by his startling level of academic richness, selflessness and integrity. He is a stickler for principles and has the courage to stick to his convictions.

The choice of Prof. Adedimeji as the pioneer Vice-Chancellor of Ahman Pategi University must have been inspired by God as a round peg in a round hole. Hence, appointing him to pilot the affairs of the school is like asking a 5-star, battle- tested general to quell a fight between two boys on a street in Mushin!

Importantly, as a fine scholar who had effortlessly married the gown to the town, I have the conviction that he would use his vast networks within and outside his academic circles to bring traction to the infant University and it would soon become a magnet attracting the biggest names in many disciplines to the school.

As Adedimeji is set to begin his journey with Ahman Pategi University, I am cocksure he would reach for the accelerator and put the University at full throttle— just as he did at the Coporate Affairs Unit of the University of Ilorin, Centre For Peace and Strategic Studies UNILORIN amongst other places where his gigantic strides have been indelibly imprinted on the sand of time. He is an astute administrator and academic.

On the whole, I congratulate Ahman Pategi University for having our meritorious Mahfouz, an academic of a robust stature, as its pioneer Vice Chancellor. May everything good fall in place for both the university and its staffers.