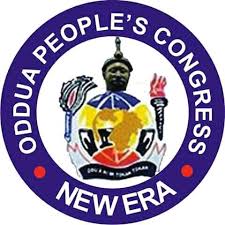 The Oodua People’s Congress, OPC New Era, has raised alarm over influx of herdsmen into territories in Kwara in suspicious manner and that it may seem a time bomb if not addressed quickly.

This was disclosed by the Kwara State Coordinator, Comrade Bayo Fabiyi on Tuesday during a chat with selected newmen in Ilorin.

Fabiyi said that his men stationed all over the state gives him security report about the suspicious movement of cattle herders into some Yoruba speaking areas of Kwara state and that they have eventually out numbered the inhabitants.

He said that the the Seriki and his men chased away from Igangan and other areas in Oyo State have found their way into Kwara as he reliably gathered adding that settlements like Esie, Arandun, Omido, Agbamu, Oro Ago, Amori, Oke Ode, Buari, Igbaja up till Share have been over whelmed by the influx of these herders and that most of them are arms carrying herders, making it dangerous and suspicious.

He explained that local hunters at Esie and Erin Ile had denied them entry into their domains but they decide to stay in far away forests away from one boundary into another boundary.

The OPC state Coordinator who is also the National Treasurer of the Congress said that Kogi and Kwara must be ready to collaborate to dislodge these herdsmen to avoid future situation of managing a crises instead of nipping it in the bud.

He sited cases of herders reported to the Congress by inhabitants that when cattle eats up farmlands and they are reported to their traditional ruler, they are fined to pay for damages but the heady ones among them goes back to destroy the remnant in the farm, claiming afterall they have been made to pay for the entire farm.

According to Fabiyi, “The people in those areas live daily in fear of being overrun someday by these herders.

They can no longer go to farm, their wives and children are being raped and they increase in numbers by the day.”
“Just yesterday, nine trailer load of herdsmen were chased back from Esie by local hunters. If they had been allowed to stay, imagine the danger they would pose to the environment. These people laments that before invasion of Fulanis, they send farm produce to their children living in Lagos and other places outside Kwara but since their sources had been blocked, they now live at the mercy of those children, considering the state of the nations economy, making things more difficult.

Fabiyi reiterated that the attitude of Fulani herders to their host does not portray a people who came in peace adding that no Yoruba person living in the north can ever try what they do her without being killed.

He queried “All Herdsmen cases taken to police stations over accusations are never allowed to see the light of the day because there is always an order from above that stalls such matter. Are we not under same constitution? How are they better than us? If the educated Fulanis talk sense to their people, things would have been different but when their tribes men commit a crime, they would rather shield them and when we talk, they would say we are generalizing. Let me ask you, will any Yorubaman shield their criminal inclined sons and daughters? Never!

“We all have kinsmen all over the world, we warn them not to tarnish family names and these goes a long way in guiding them but here is a people who perhaps have an agenda to usurp our lands and kill everybody and then lord over us, if not why would Presidency close eyes to killings everywhere.

They are killing in far north, we said they are brothers, why would they extend such to us. If we had spoken over Zamfara, Yobe, Borno, they will ask what is our business? Now we have a business, we must speak out!, he concluded”

Speaking on Sunday Adeyemo, popularly known as Sunday Igboho, Comrade Bayo fabiyi said that the young man is doing what the great names in Yoruba could not do adding that he had taken the place of a true born Yoruba, not a bastard and those who dissociate from him do so at their own peril because the people see him as the Hero which he truly is.

“Sunday Igboho may be a young man, a small boy to so many of us but he is a hero, give it to him. There are a thousand of us who can ask Sunday to kneel down and hands up but he is very courageous and committed to defending his father land. I heard some of our dissident Yorubas, politicians call him names, I pity those people. They are more miscreant than Sunday. They chose to sell off their fathers house to play politics, so ask them who is the true born?

“A man stood up, laid his life down to fight against injustice meted on his people and here you call him a miscreant. I heard what Aare Gani Adams said about him, but in the spirit of the struggle, I will not join issues with him. I am of the opinion that we all should first fight this battle together and later, we shall tell each other some bitter truths.

“Sunday Igboho was a bonafide OPC member. I will remind them that Sunday was brought in by Alhaji Lawal Akintolu, National Baba Oodua of OPC, then in Ake, Abeokuta, Ogun State. We were together for a long while. Though he didn’t rise to become coordinator or commander, he went into politics, so his travel with politicians made him more popular than many of us, but he is a bonafide son of Oduduwa.

Why we seem to distance from him a bit is because OPC in those day abhor involvement in politics because we believe that partisan politics will split us. We cannot force all members to be in one party, so we chose that whoever is in politics must do so on his own individual basis not using our name.

“Somebody tell Aare Ona Kakanfo that he is not appointed for political reasons but as leader of Yoruba warriors. We are yet to see him rise to this challenge. I wont say more than that, we don’t wash our dirty linen outside, we are ‘Omoluabi’ people, custodians of moral values.

“We all started this struggle to maintain the name of our fatherland more than thirty years back, so any Yorubaman who say OPC is a group of miscreants must be insane. Fatai a Ph.D holder went to Seriki in Igangan to report how herders ate up his farm and was tied down, mesmerized and killed. If he had been with an OPC member, such would not have been his fate. All those educated Yorubas, speaking Grammar against their kinsmen, remind them that when the battle is taken to our door step, most of them would just travel abroad, if they have opportunities, we are the ones to ward off attack, so if they call us name, God will judge them.”

The OPC New era state Coordinator lamented the attitude of President Muhammadu Buhari in taking sides with his kinsmen, saying “We all voted him, ignoring his tribe and past atrocities, now he is bitting the fingers that fed him. Obasanjo was a President too. When it seem our boys were misbehaving, he gave shoot at sight order. Though we were not happy then, but we realized today that he is the only true Nigerian President who really understand patriotism and statesmanship.

“No tribe under Obasanjo can claim being marginalized and if any was being marginalized, it’s the Yoruba people. Obasanjo will ensure that your credentials are right before he puts you in an office, not a people that ignore qualification but just fixing square pegs into round holes on sentiments in nepotistic manner. Nigeria is too large for such attitude if we must remain united. No one wants Nigeria split but all these acts of lawlessness by other tribes could make us have a rethink.”
He therefore called on the Kwara State governor to set up a committee to look into issues being raised and if possible adopt the resolution of Governors of the South West, that underaged grazing be banned as well as night grazing.

If these advise and information is ignored, the aftermath may be more expensive for Kwara to manage looking from past experience of skirmishes that occur at Alapa, Afon in Asa local government areas in times past.