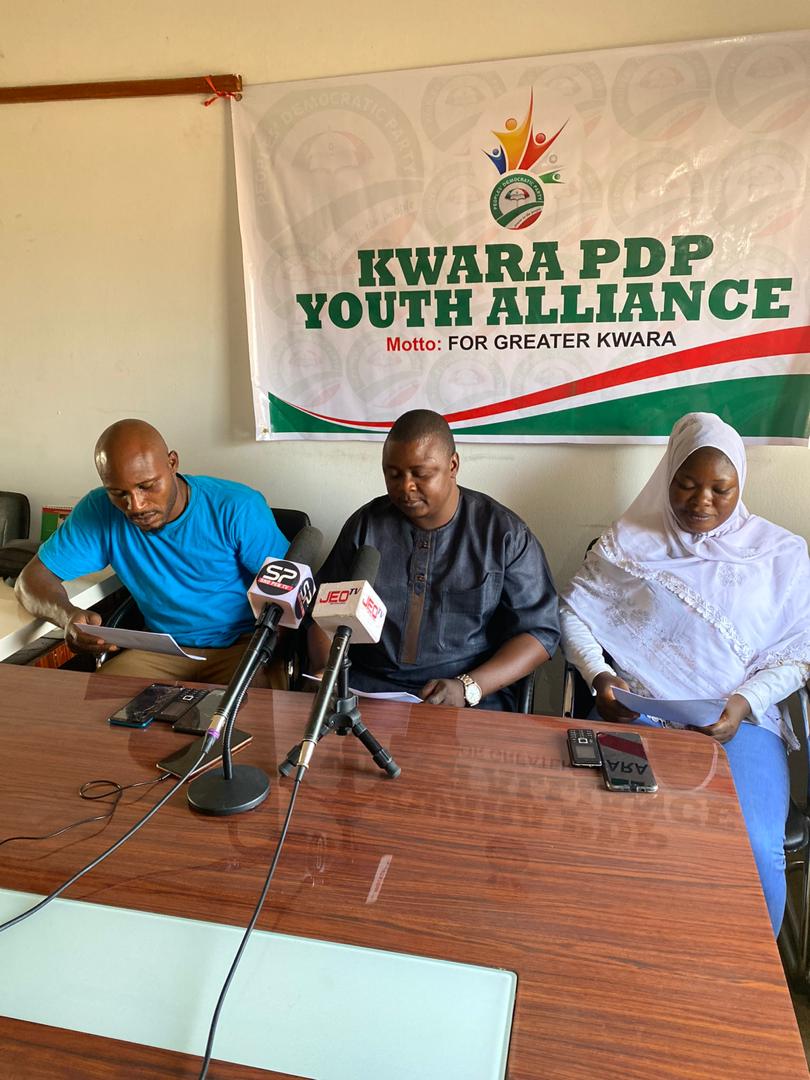 By Bisi Oyelere
A group within the Peoples Democratic Party (PDP), kwara PDP Youth Alliance yesterday warned Chief Iyiola Oyedepo Akogun not to compare the “divisive government” of Abdulrahman Abdulrazaq with that of the former senate President Dr Bukola Saraki, stressing that both men are miles apart.
This much was contained in a press conference addressed by the group at the party’s secretariat ilorin, read by the group’s Chairman Bolakale Jimba, who expressed shock and disappointment in the judgement of a Akogun, who incidentally is a former PDP State chairman.
He said “Few days ago, we saw another social media outburst credited to Chief Akogun iyiola wherein he compared the leader of our party, a former Governor of the State and the immediate past President of the Nigerian Senate, Dr. Bukola Saraki with the incumbent who is running a failed administration under a party where Akogun is now a member.
“Dr Bukola Saraki as governor of Kwara state operated a democratically inclusive government and delivered important infrastructure facelifts and left behind outstanding legacy in human capital development.
“Comparing such a leader and outstanding human manager under whose watch everyone’s impact was recognized, acknowledged and rewarded to a divisive leader who had failed in his own party’s management is grossly nonsensical” he stressed