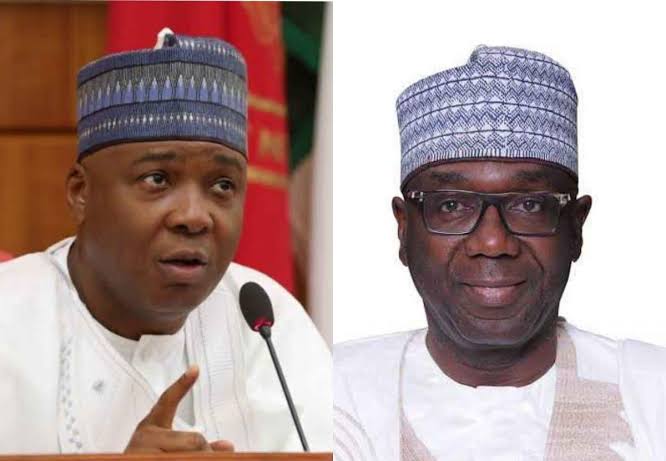 By Immam Moromoke
The ruling All Progressives Congress and the leading opposition, the Peoples Democratic Party have continued to trade blames over who is responsible for the foiled attack at ile-arugbo during the 8 years remembrance prayer of Sen. Olusola Saraki.
It would be recalled an Ilorin based news medium (not Fresh Insight) had reported a clash between suspected hoodlums and security operatives which allegedly led to the death of one person yesterday.
While the PDP through its PRO Tunde Ashaolu who put the blame on the State government demanded the immediate investigation, arrest and prosecution of the suspects.
APC on its part through its PRO Folaranmi Aro blamed Sen. Bukola Saraki for the incident, enjoining him to desist from threatening the peace of the State.
Bemoaning the development, Aro said
“For the first time since Senator Bukola Saraki and his minions were overwhelmingly rejected by the people of Kwara State, our state again on Saturday recorded a sad reign of hoodlums at an event organised by the senator.
This is sad and unacceptable. It is a reminder to the dark days of his inglorious reign in the state when he not only patronised hoodlums but he also placed them on government’s payroll, thereby legitimising thuggery,” the statement said.
Ashaolu on his part
“We wish to place it on record that the APC is responsible for the ugly and unfortunate incident that played today out at venue of the prayer session held in honour of the late political icon of Kwara, Dr Abubakar Olusola Saraki. Before today’s event, we saw on social media platforms leaked screenshots of a WhatsApp conversation, where an appointee of Governor Abdulrahman Abdulrazaq instructed some thugs to unleash attack and cause chaos at the venue of the programme.
“We are therefore amused by the futile attempt by the confused spokesperson of the Kwara APC to re-write the narrative. The APC is obviously not happy that the prayer session was a success and that its mission to disrupt the occasion and unleash mayhem on attendees failed. They were also rattled by the visit of the Former Senate President, Dr Abubakar Bukola Saraki and the rousing welcome he received on his arrival to Ilorin.
“The images of patients on hospital beds shared online by the rabble-rouser Kwara APC PRO are people who were involved in an accident this morning under the bridge at Gerri Alimi, and then taken to the General Hospital, Ilorin, for treatment. Some of them are even supporters of our party.
“It would be recalled that it was this same appointee that coordinated thugs who recently attacked labour leaders at the Labour House, Ilorin. He also coordinated the thugs who barricaded entrance of the Kwara State Internal Revenue Service, KWIRS, during the workers’ strike.
“It should also be noted that the security situation in Kwara has been on the decline since Governor Abdulrahman took over. Cases of Kidnap for ransom, cult clashes, robberies and shop burglary have been on the rise in recent months. These are matters the Governor should be concerned with.”