The decision to put pen to paper on the increasing state of crisis, disagreement and fallout in Kwara chapter of All Progressives Congress seems to be a very pathetic one for me considering my sympathy and love for the party as well as active participation in the struggle that birth the State new leadership taking effect from the last 12 months and few weeks ago. 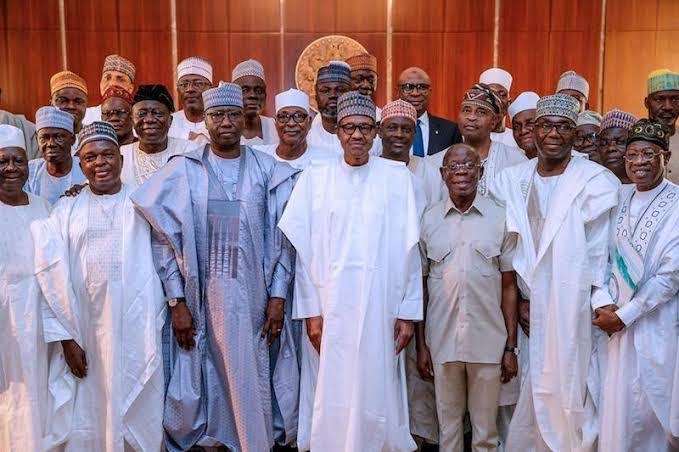 A lot of contemplation were raised before taking the bull by its horn on the tiffing state of APC as there is no way you air your opinion that’ll not be tagged, some will adjudged you to be fair and objective while some will call you foul names that are not synonymous to you, but in all sides you chose, I have the right to my opinion and here come my sincere mind.

It’s no more news that the crisis in Kwara APC is adding weight and becoming more complex as days pass by. The alarming rate of this will of course call for critical thinking and move to quest further to pinpoint the genesis of the crisis so far this is not how the party stakeholders, acclaimed liberators and the gubernatorial flag bearer started in the build up to 2019 general elections.

Before taking an inch further, it’s unarguable that in the present day Kwara, the numéro un citizen whose name will be echo in the ears of all regardless of age, sex, ethnic background or what have you is the Executive Governor. If the State celebrate peaceful coexistence, progress and development his head will be called for and if otherwise. God forbid the latter, may we not work with our path untraceable.

Mall. Abdulrahman Abdulrasaq is of course the Kwara General, he’s the main or major part of Kwara, superior and senior officer, but what’ll become of a General whose house is not in the right form? What message is the General passing to the larger populace? Where does the General get things wrong?

However, barely two weeks and some days ago, the Kwara State Government under the leadership of His Excellency, Mall. Abdulrahman Abdulrasaq marked her 365Days in office. A lot were said, a lot were heard and a lot were read both on white and black, audio and video (leaked and voluntarily disclosed). Emblazon, celebration and commendation as well as knock and slam on the government. Real and fallacy.

To some extent, Kwara Chapter of All Progressives Congress is sharply divided and many are on thinking caps of which path to take. What the alleged some aggrieved party stakeholders, members and self acclaimed liberators are pointing to majorly is Gov AA running a one man show and caging or depriving them the path to eat from “asaro elepo rederede” the assertion flows well in Kwara political terrain and means depriving someone from eating from the State cake. AA refusal to make an inclusive and transparent government is another bone of contention that is dwindling the peace of the party.

That aside, the General is the same pronounced to have kept incommunicado with other political aspirants totalling 12 in the State, while we shouldn’t forget quickly that, in the build-up to the 2019 general elections, all the aspirants namely Yakubu Gobir, Audu Makama, Saliu Mustapha, Yahman Abdullahi, Lukman Olayiwola Mustapha, Amb. Abdulfatah Yahyah Seriki, Mashood Mustapha, Dele Belgore and probably Prof Oba Abdulraheem among others have their heads formed to drum their unalloyed supports for the General.

The crisis in Kwara Chapter of All Progressive Congress will continue to be an ache in the body of many progressively minded Kwarans because the fallout is avoidable, too early and unexpected. What message will the party send to the opposition? Is that not an indirect way of telling Kwarans the party cannot manage their success for just 12 Months uninterrupted. It is a pity! Very sad!!

My candid message to the General before he reach his final political terminus is not farfetched. Constitutionally, the position of Governor last for Four Years and the bid for another Four Years is open to make Second term provided the criterion were legally and fairly met. Now that the General have not spent Half of his office year and his own party is synonymous to pandemonium, it’s expedient to do some home work or assignment to review the State of the matter.

If the General can discharge his sense of humility to run up and round the 12 governorship aspirants in 2019 aftermath the known factors that got him the ticket despite he’s the least unexpected. It takes him nothing to build a government full of involvement, but taking the state resources judiciously and confidently in the process.

There is an anonymous wise sayings which goes thus, “we haven’t got the power to destroy the planet or to save it. But we might have the power to save ourselves.” This is enough reason why the General should save the intraparty opposition to give a soft landing.

Dear General, if the crisis continue its rise, there is tendency of factionalization of party members, bad image for the party, breakdown of activities in the party among others. Therefore, it’s highly imperative for His Excellency, Mall. Abdulrahman Abdulrasaq to save the crisis in an attempt to ensure the journey to his final terminus is peaceful and his success is well celebrated.