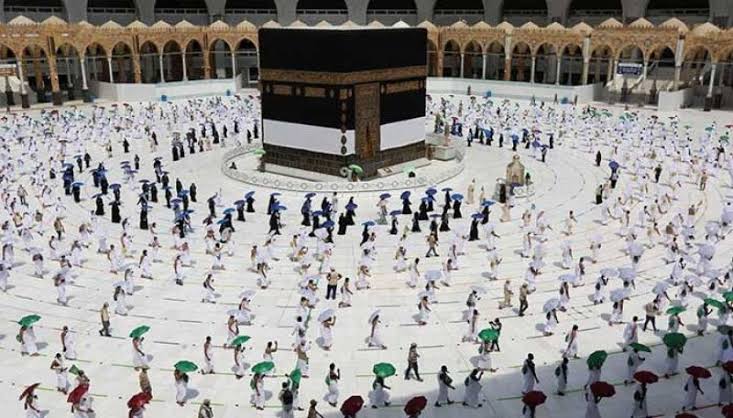 About 1,403 intending pilgrims from Kwara State are expected to perform the 2022 Hajj in the Kingdom of Saudi Arabia.

The Executive Secretary of the Kwara Muslim Pilgrims Welfare Board, Alhaji AbdulGaniyi Ahmed,  made this known while speaking with newsmen in his office in llorin the Kwara State capital.

Ahmed said that the National Hajj Commission of Nigeria (NAHCOM) had agreed on how it would distribute the 43,000 seats allocated to Nigeria out of the one million seats allocated to all the countries worldwide by the Saudi Arabian authorities.

He said that the 1,403 seats allocated to Kwara out of the 43,000 meant for Nigeria were approved during the meeting of the chief executives of state Muslim pilgrims’ welfare boards, agencies and commissions in Abuja.

According to him, Kwara got the slots based on the State Muslim Pilgrims’ Welfare Board’s performance during the 2019 Hajj operation.

Ahmed said that intending pilgrims above 65 years’ old would not be permitted to perform the pilgrimage following COVID-19 pandemic rule.

He said that each intending pilgrim wishing to embark on the holy journey would be expected to pay the sum of  N2.5million.

The Executive Secretary said that this might be increased or reduced later depending on the exchange rate of the dollar to the naira when the pilgrims would be ready to travel for the Hajj.

“NAHCOM is still computing the specific Hajj fare to be paid by every prospective pilgrim for 2022 Hajj taking cognisance of what will be the exchange rate of the dollar to the naira then. That will affect the cost of aviation fuel and other logistics,’’ he said.

Get your PVC before it’s too late, youth advocate, AbdulRahman charges